Surya Foundation Naturopathy Think Tank has been regularly discussing at length about the developmental activities of Naturopathy. The brain storming sessions by the Naturopathy experts say that the Naturopathy system must have a strong platform for its holistic development. This resulted in the formation of “International Naturopathy Organisation” (INO) in the year 2003 under the able leadership of Sh. Jaiprakash Agarwal, an ardent follower of Naturopathy and a renowned Industrialist.

INO is a non-profit organization dedicated to the promotion and propagation of Naturopathy at the grass root level. It focuses on the overall development of this ancient and miraculous science at global level and endeavours to bring this at par with the other medical sciences.

INO is the country’s largest Naturopathy organisation with its branches in 24 States with over lakhs of active members and sympathizers in India and abroad.

Nature cure is a drugless system of health care, which aims at removing the basic cause of disease through the rational use of the elements freely available in nature. It is a complete revolution in the art and science of living. Although the term “Naturopathy” is of relatively recent origin, the philosophical basis and several of the methods of nature cure treatments are ancient There are references in India’s ancient sacred books to the extensive use of nature’s excellent healing agents such as Air, Earth, Water and Sun. The Great Baths of the Indus Valley civilization as discovered at Mohenjo-daro In old Sind testify to the use water for curative purposes In ancient India. Various methods and practices of treatment prescribed In Naturopathy are deeply integrated in the Indian tradition and culture.

Naturopathy is a cost effective drugless, non-Invasive therapy involving the use of natural materials in Its treatment based on the theories of vitality, toxemia, self healing capacity of the body and the principles of healthy living. Naturopathy is not only a system of treatment but also a way of life. It is a system of medicine widely practiced, globally accepted and recognized by WHO. Naturopathy is a system of man building in harmony with constructive principles of Nature on the physical, mental, moral and spiritual grounds. It has a great promotive, preventive, curative as well as restorative potential. 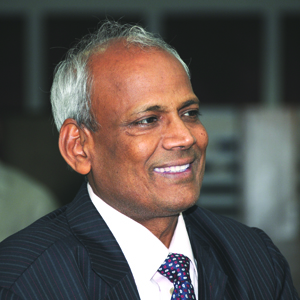 An industrialist and philanthropist to the core, Shri Jaiprakash Agarwal is a great communicator and one who leads by personal example. He is eagerly sought after by people from all walks of life. His intra personal relationship helps spread cheer and camaraderie within the social organizations he works with. He is an individual totally committed to the Empowerment, Development and well being of the lesser privileged in Society irrespective of Caste, Creed, Religion or Language. In the field of Naturopathy his contribution has been specular.

Shri Jaiprakash Agarwal has been an ardent believer and supporter of Naturopathy. Deeply influenced by in-depth study of literature and books written by renowned naturopaths as Dr. Adolf Just, Dr. N. Vigmor, Dr. Shelton and Dr. Mcfedon, he took to naturopathy at a young age. During this period he came in contact with Dr. Mahavir Prasad Poddar and Dr. Vitthal Dass Modi the pioneers in naturopathy who not only guided him in this science of nature cure but also motivated him to serve the people and the society by spreading the awareness about Naturopathy among people in the villages and cities alike.

In pursuit of knowledge and service to society he has launched tireless campaigns for development and promotion of Naturopathy. Greatly motivated by Mahatma Gandhi’s dream of reaching Naturopathy to every village and household, he has taken far reaching steps in this regard. Noteworthy among these is setting up of Think Tanks on Naturopathy & Yoga which comprise of top experts in this field and renowned naturopathy practitioners from India and abroad. The Think Tank, after in-depth research study and discussion on various issues prepares recommendations which are than percolated to all concerned and the public at large for their benefit.

Another major step taken by Shri Jai Prakash is to set up International Naturopathy Organisation (INO) with a view to carrying forward this campaign to all corners of India as well as abroad. This forum established in 2002, has witnessed a growing membership in the last decade which indicates its popularity among the masses. With a view to upgrading the knowledge base of Naturopathy doctors, regular training camps are conducted each year by I.N.O. under the guidance of Shri Jai Prakash. These camps have been so designed that experiences, knowledge, research work and other achievements of the Naturopaths from all across the country and abroad are exchanged and discussed thereby benefiting every one.

To further his campaign on spreading awareness on Naturopathy among the youth and children in the country a very innovative programme has been launched by Shri Jai Prakash which is named “KAUN BANEGA SWASTHYA RAKSHAK”. It is a mass movement undertaken to target school children who are initiated into Naturopathy and its effect in preventing diseases. A vast team of volunteers at the district level reach out to the schools and educate the children on the benefits of Naturopathy. A competition is then organised in the area and the winners are awarded in a public function. Necessary books and other financial support for the conduct of this programme is provided by Shri Jai Prakash.

Conferences and seminars on Naturopathy are organised in various States under the guidance of Shri Jaiprakash throughout the year which provide an impetus to the fast growing movement on development and promotion of Naturopathy & Yoga. These have been patronized by none other than Shri Oscar  Fernandez,  former  Central Minister  and  General Secretary  of  the Congress  Party, Shri Navin Jindal, Member Parliament and Sri Sri Ravi Shankar amongst others.

He has been stressing on the Central and State Governments to declare 2nd October as Naturopathy Day – a befitting homage to Mahatma Gandhi. The Government of Rajasthan has already declared it so.

To further the cause of Naturopathy in the country by personal example, Shri Jaiprakash undertook a twenty days “Water Fast” in 2002 which he terminated at the Rajghat on 2nd October. He has also been on a Natural food diet for eight consecutive years eating only raw fresh vegetables and fruits – a diet considered to be the best in Naturopathy.

For his selfless service and excellent promotion of Naturopathy, Shri Jaiprakash has been the recipient of the  “Gandhi Sewa Award” from  Shri Bhupendra Singh Hooda Hon’ble Chief Minister Haryana and the “Agra Rattan Award” for Sewa from Shrimati Sheela Dixit, Chief Minister of Delhi.

Padma Shri Dr. Kailash `Manav` is the founder of Narayan Sewa Sansthan (Trust) in Udaipur, Rajasthan, India. Narayan Sewa Sansthan is a unique endeavour by those, of those, for the hearted people who feel concerned about the sufferings of the poor people, and wish to help them with donation co-operation and good stared by Sadhu Kailash `Manav` on October 23,1985 with an beginning by collecting every day a handful of flour `EKMUTTHI ATA` the poor patients and their attending companious in Government hospital Udaipur, the Sansthan is to day the Largest and the only one of committed to totally FREE SERVICES of the poor and disabled people and POLIO VICTIMM in particular.

The aim of INO is to provide a strong platform for the overall development and promotion of Yoga & Naturopathy at National and International level. The specific objectives of the Organisation are as under:

a. To create awareness among the people about Naturopathy and its benefits by organizing seminars, conferences, health camps and workshops in all parts of the country.

b. To provide technical support and human resources to the organizations working towards research, education and promotion in Nature Cure and Yoga streams.

c. To strengthen the Nature Cure Institutes and NGOs to plan, implement & evaluate project in rural, urban tribal, slums and other areas in India & abroad.

1. A series of meetings have been organized with Hon’ble President of India, Vice President, Prime Minister, Governors, Chief Ministers, Health Ministers and dealing officers of states for promoting and developing Naturopathy.

2. Besides India, branches of INO are also functioning in 11 foreign countries.

3. A nationwide program for registration of practitioners (traditional & graduates) of Naturopathy is in programs with Central & State, Health & AYUSH Ministry.

4. Facilitated in the constitution of a Naturopathy Task Force at the National level and Naturopathy Advisory Boards at the state level.

5. Played a part in getting the Rajasthan Government to declare 2nd October as Naturopathy Day.

6. Encouraging and recognizing by way of awards to doctors, hospitals and organizations practicing and propagating Naturopathy.

8. Conducted international gatherings, seminars, workshops, brainstorming sessions and camps in Delhi and other states to spread awareness about and for the development of Naturopathy.

Dr. Veerendra Heggade is a multidimensional individual. Significantly, what truly defines Dr. Heggade’s contribution is his determined and consistent service to the nation. In the last 47 years as Heggade of Shri Kshetra Dharmasthala, he has initiated multiple pioneering social, economic and cultural projects for development of the Society. He has converted small towns into modern educational hubs. He has redefined the very role of a temple from being a place of worship to a place of service. He has revived ancient sciences to further enhance modern lifestyles. Most importantly, he has shown that one individual has the potential to change and evolve himself as a social reformer in a nation of one billion. This is perhaps the reason why in 2015 Dr. Veerendra Heggade was awarded the second highest award Padma Vibhushan.

His Holiness Acharya Dr. Lokesh Muni is born on this earth to extend to the world the message of peace & harmony, and re-establish human value & communal integrity. Acharya Dr. Lokesh is a social reformer, versatile thinker, writer and poet. For the last 30 years, he has been continuously making efforts for establishing communal harmony, non- violence, peace, mutual co-operation in the society.

Arjun Ram Meghwal (born 7 December 1954) is an Indian politician belonging to the Bharatiya Janata Party and party Chief Whip in16th Lok Sabha. He has been elected to the 15th and 16th Lok Sabhas (terms of the lower house of the Parliament of India) from Bikaner constituency, Rajasthan in 2009. He was awarded the Best parliamentarian Award in 2013.